How Can Your Facial Expression Hurt Your Career

We all know that smiling can make your day better, but sometimes we just aren’t feeling it. Maybe because you’re bored or too focused. See, when you do stuff within work or outside of it, your face is an indicator of what your current mood is. And it always betrays you at some point. What your visage shows will make or break your place (and a possible nickname) in the office.

One facial expression that is common in the workplace, especially for women, is the Resting “B” Face. The B-word is the one that rhymes with pitch or ditch. Get it? Nonetheless, we will get through that expression and a whole slew of others.

Resting Bitch Face is defined by Cambridge Dictionary as “an unkind, annoyed, or serious expression that someone has on their face when relaxed, without intending to.” In short, it’s an unintentional scowl that deters most people or incites secret discussions. The infamy alone doesn’t just stay in the confines of the office, even celebrities are included.

Recently, a behavioral neuroscientist determined the differences of a neutral face with that of RBF. That study has shown a neutral face registers 3% of hidden emotions while ones with RBF have 6%. The hidden emotion in question is contempt. And contempt is not a great-sounding word, especially at work.

These are the other misconceptions on RBF and you:

This common occurrence is seen everywhere - work, family reunions, while shopping. Name it. There will always be a certain place or activity and corresponding reaction to it. And with that comes inappropriate remarks like “Can we see a smile there?” and much more.

Being the recipient of all these remarks spell more trouble for the sender more than you. However, in the workplace, it will hurt your career more than you think.

Not a team player

With unapproachability comes the notion of a nonexistent teamwork ethic. This misconception buries you further down into corporate limbo. A fine example would be an inter-company activity where it will need everyone’s part. You, the unassuming subject, are to be approached by your assigned partners in the group. With the unintentional facade that you have, it’s less likely that the so-called team effort will work.

Or this means that you don’t care at all. You will be called many names at this point if you have not yet been. Perhaps you just want to clock in and do your work with your head down without incident. You would want peace instead of diving into inter-office mingling. As it turns out, you are the minority and any company would want all its employees to take part in all company matters. This means you’re at the losing end of your argument because of your face.

Effects of having an uninviting face

The unfortunate outcome of having RBF, for all genders borders from plain petty to dangerous indeed. To the average person from the outside, they might feel that it is unjust for the subject of the matter. And it is true to a point.

Here’s what can happen:

This is the least of anyone’s worries, at first. But with repetition and frequency, it could take a psychological toll. This will also affect the work and productivity of the unwitting target in this situation. From then on, it might snowball to a possible “talk” with the immediate manager. All this because coworkers didn’t try to understand the situation first.

This is the worst that can happen, to be honest. Imagine one day you were working as normal and then your manager calls for you out of the blue. You then wonder why. One second you are working and then explaining yourself in front of your manager the next. Is someone from your office floor or a teammate out to get you? Or is the reason being your face?

The stigma and how to change it all

The person in question wouldn’t have a face like that unless genetics. And if it is, it shouldn’t be a problem anyway. So what if you have it, it ain’t their business anyway. And it ain’t their face.

But what if it isn’t your normal facade? It could be that they have no idea you’re dealing with something serious. They might not realize that some personal issues are affecting you right now, or maybe a coworker is giving you trouble—and this doesn’t even cover the fact that sometimes people just aren’t in their best mood!.

Whatever it is, it is still your business and prerogative. You are human and you shouldn’t be judged for it. You’re not doing anything wrong anyway. Your face does not necessarily describe the true you.

But we live in a world where judgment takes precedence everywhere. Don’t fret or frown, as you usually would though. We can give you the following tips on how to improve your visage and positively secure your employment.

If you can’t help but have a natural RBF, you can do the following as prevention for future incidents.

Other faces and non-verbal cues

Here are other faces and body language that tells what you or other people might see you do unknowingly.

Non-verbal communication is important anywhere. It leaves first impressions and keeps the conversant ball rolling. However, it also is important that not all non-verbal cues are as accurate and intentional as they appear to be.

It would be great if all human resource managers and teams would have a fair shake at certain scenarios that don’t fit so normally. This way, management downward would know how to assess and distinguish unusual social cues better. Training and other resources should also be encouraged and enacted by HR to employees. And to all women (and men too), if the situation truly calls for the RBF, go at it

It is not wrong if you are born with a scowl. It can even be hereditary. But hey, we hope that this article can help you overcome, if not maintain your case and accept that this is normal. Understanding and empathy by your colleagues can go a long way. #
Why Most Millennial Women Aren't Negotiating
The art of negotiation is an often lauded trait, especially in proper business acumen. But as history books have proven time and again, men have been at the forefront of each negotiation. All that has changed when women started to... 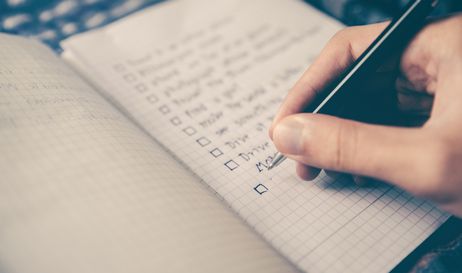 #
10 Intelligent Questions to Ask on an Informational Interview
Ask A Question There’s nothing worse than asking someone to grant you an informational interview and having nothing to say. This person is sacrificing part of her day for absolutely no ostensible benefit, so you’d better make it a pleasant...